How Videocon fell from grace and into insolvency

NLCT will start a resolution process with a new owner to be found through a bidding process over the next 180 days.

Videocon, the flagship company of the Dhoot family, was on the second list of companies identified by theReserve Bank of India (RBI) where banks were asked to initiate insolvency action.

Now led by Venugopal Dhoot, it was the first company to get a licence to make colour televisions in India and gradually became one of the most iconic brands in the consumer electronics and home appliances segment in India.

The companys debt increased more than six times in the 10 years up to March 2017.

In the early 2000s, the company launched a major expansion drive, diversifying from its core business — consumer electronics — into a raft of sectors such as oil and gas, telecom, retail and in DTH services.

This massive diversification led to aggressive borrowing. Soon, debt began to pile. But the company"s capacity to pay off the debt started deteriorating over the years as the new businesses were capital intensive and were not generating enough money.

Despite the diversification, consumer durables was still the largest contributor to Videocon"s top line, but started stagnating with increase in competition.

Revenues from the oil and gas business also dropped due to fall in global crude oil prices during 2015 to 2016.

With revenue stagnating and interest cost rising, the company started making losses and was unable to service its debt.

As it looked to trim its debt burden, the company tried selling its assets and businesses. In November 2016, the company merged its DTH service business with Dish TV.

The company also sold a 10% stake in a gas field off Mozambique to state-owned Oil and Natural Gas Corp (ONGC). It also went on to sell its entire telecom business to Bharti Airtel.

But these actions did not pay off. The unpaid interest continued to accumulate and bloat the debt pile further.

The companys debt as on March 31 2017 was as high as 11 times of its market capitalisation on the same day. 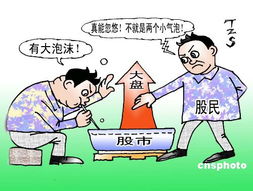